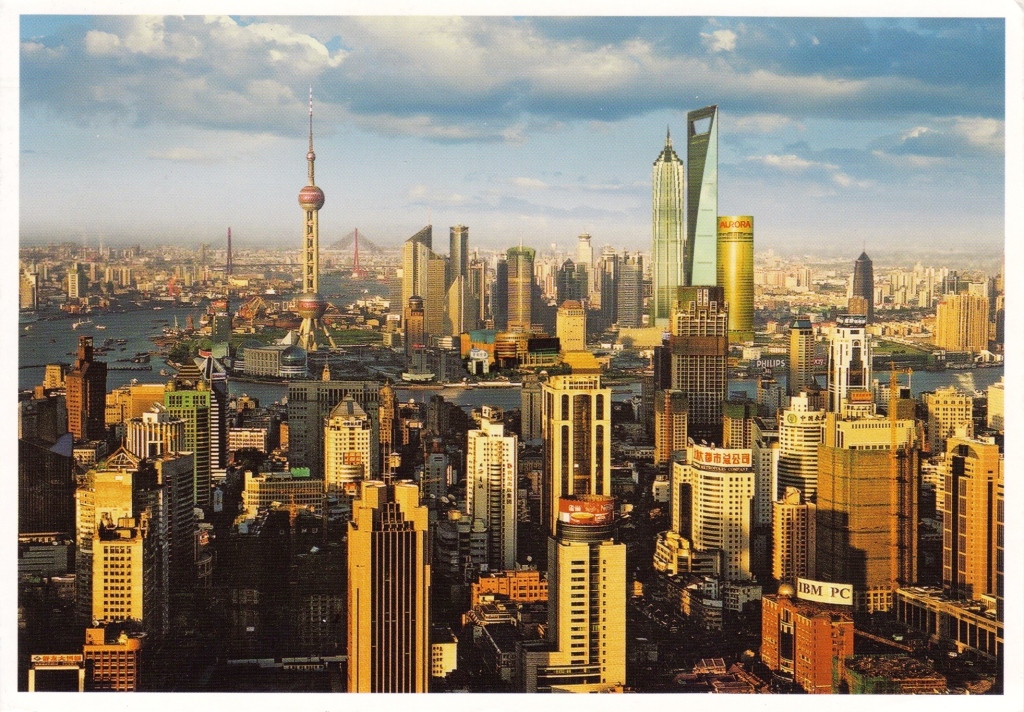 “Shanghai claims to have over 700 skyscrapers!” my MBA classmate Sherry pointed out — as we headed towards some local factories and a company tour of Li & Fung — the global trading giant — which started in China, relocated to Hong Kong, and now expanding again in China.

From the 65th floor Nanjing Lu bar at the top of my hotel (Le Meridien) next to People’s Park, I am overlooking an urban forest of skyscrapers.  Across the river in Pudong, the Shanghai Tower will be completed in 2014 and rising to 121 stories, China’s tallest and the second highest in the world.

Here, I can feel the heartbeat of arguably the world’s most dynamic city and impatient nation.  MDN”

“About 33,000 were diagnosed last year,” my father explained after doing an online search about the Whipple procedure on the iPad Mini I gave him for Christmas.

“And life expectancy for most is around two years…” he said, in a hoarse voice weakened by over a month of chemotherapy.  On New Year’s Eve, he proudly wore his “UCLA Dad” sweatshirt while undergoing the latest treatment earlier in the day.

In a few fleeting seasons, he went from being a healthy retiree in the Spring to emergency hospitalization for jaundice in late summer, which was diagnosed by the the fall as a obstruction caused by pancreatic cancer.

Needless to say, this year was notable for its unexpected challenges and pending transitions, and ever full of learning…

In May, I dusted off my passport after a two-year hiatus and hit the books again at two familiar institutions – traveling to Singapore to start my Executive MBA program with the UCLA Anderson School of Management and its partner program, the National University of Singapore Business School.   The studies continued in L.A. in August and Shanghai in November, which gave me a chance to visit relatives in Da Nang, Vietnam and spend Thanksgiving with the Ogburn family in Saigon.

May also led to a new role handling brand partnerships for MNET America, the U.S. affiliate of the Korean entertainment conglomerate CJ E&M.  Meanwhile, I continued to support artists and brands through Planet LA Records and on more focused events, including with Whole Foods Market and the Whole Planet Foundation for a Grammy week party and during the SXSW festival, and an event at the Gibson Guitar showroom supporting Carrie Ann Inaba’s charity, among other creative pursuits.

This holiday season was rather disperse for my family as my brother was away in Afghanistan as part of U.S. security efforts, and my sister-in-law returned to Brazil to see her relatives.  This left the rest of us to watch over their two canine “kids.”

In 2014, the travels will continue to India in February, and back to Singapore in May as part of the MBA program, and to other destinations and roles yet unknown.

As I watched the New Year’s celebrations in London, Miami and New York City – where I have taken my parents before on family trips including for New Year’s, I could only hope we can spend more precious time together, and that my “UCLA Dad” will at  least, be healthy enough to witness my MBA graduation ceremony by the end of the summer.

Whatever may happen, I hope to make him proud of the sacrifices he has made while fighting a war in the jungles of Vietnam and toiling for nearly forty years in America’s factory floors – allowing his sons to live freely, dream boldly, and explore the world – sometimes with him, and always with his aspirations in mind and spirit.

Happy and healthy New Year!  May you all live every precious moment to its fullest!